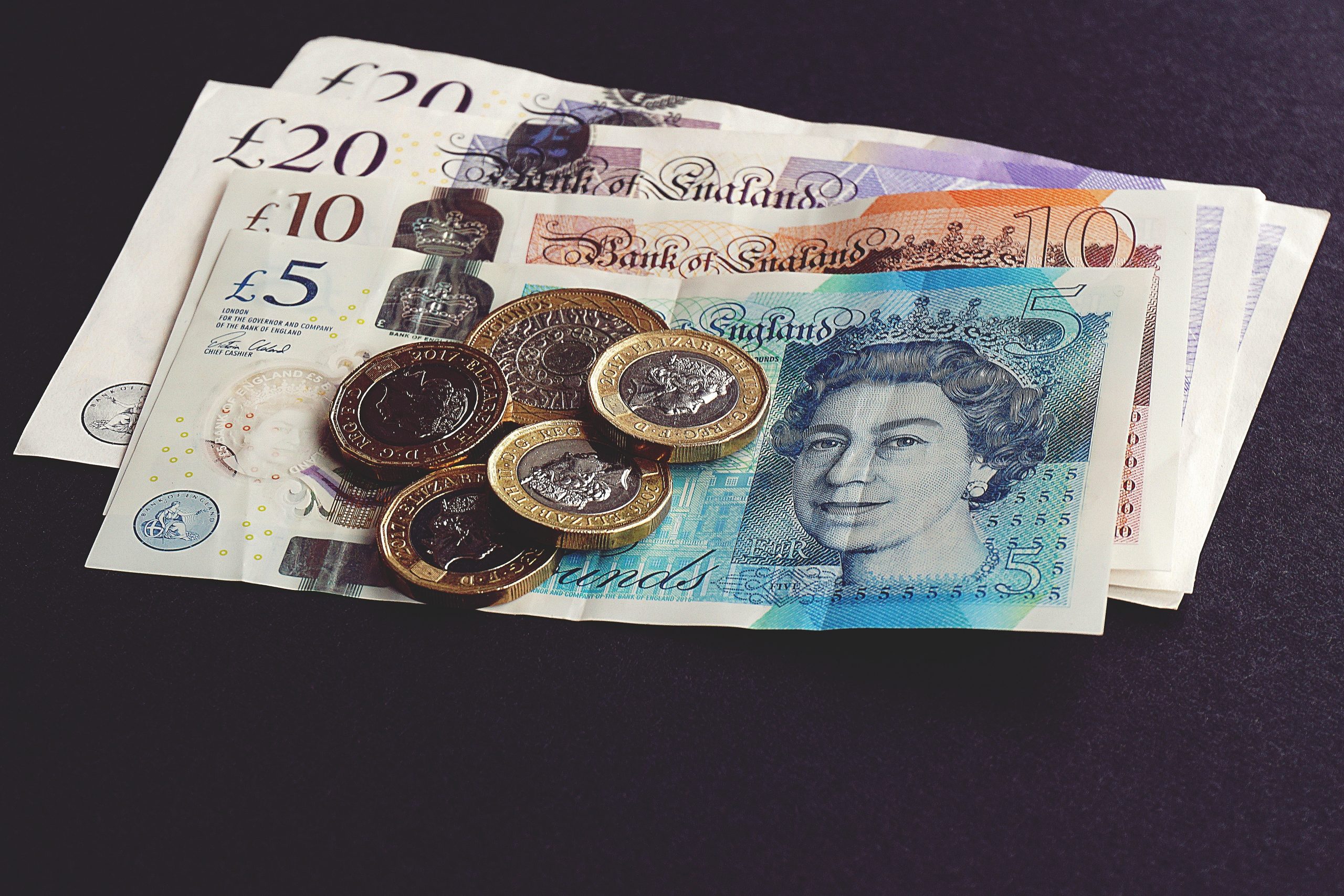 35 of the country’s leading cultural organisations and venues will be the first to receive grants between £1 and £3 million from the Government’s £1.57 billion Culture Recovery Fund, Culture Secretary Oliver Dowden has announced.

£75 million will protect some of the nation’s most significant stages, from the iconic Shakespeare’s Globe and the internationally renowned Sadler’s Wells to major theatres like the Old Vic, Sheffield Crucible, Manchester’s Royal Exchange Theatre, the Birmingham Repertory Theatre and the Theatre Royal Plymouth. These famous organisations have been essential stepping stones for some of the UK’s brightest stars including Adrian Lester, Abi Morgan, Mark Rylance and David Tennant.

Grants are being awarded to places that define culture in all corners of the country, providing jobs, supporting the wider community and engaging the public through innovative means during the pandemic.

More than £500 million has now been allocated from the Culture Recovery Fund to nearly 2,500 cultural organisations and venues of all sizes, including cinemas, heritage sites, museums, circuses, festivals and comedy clubs across the country, to help them plan for reopening and restarting performances and programmes. The certainty and security provided by these grants will also help to support organisations as they plan for the future and create opportunities for freelancers.

As part of our unprecedented £1.57 billion rescue fund, today we’re saving British cultural icons with large grants of up to £3 million – from Shakespeare’s Globe to the Sheffield Crucible. These places and organisations are irreplaceable parts of our heritage and what make us the cultural superpower we are. This vital funding will secure their future and protect jobs right away.

All four nations are benefiting from the UK Government’s £1.57 billion Culture Recovery Fund, with £188 million barnetted to the Devolved Administrations to run their own process – £97 million for Scotland, £59 million for Wales and £33 million for Northern Ireland. This funding will enable them to increase the support already available to the arts and cultural sectors in each nation.

Some of the nation’s best known organisations will receive funding including The Old Vic, one of the capital’s leading independent not-for profit theatres, which will be able to continue making new work and provide opportunities for freelancers thanks to their £3 million grant.

Today’s announcement is a hugely exciting and positive step forward in helping The Old Vic survive and thrive. Over its 200-year lifetime, hundreds of thousands of performers, creatives, technical crews, back-of-house teams and everyone else in-between have worked together to make The Old Vic the cultural icon it is today. To have been a part of the IN CAMERA series during the theatre’s closure, and to have seen first-hand how hard everyone is working to support others and keep the organisation alive, has been a real privilege and I wish everybody luck as they work to rebuild a theatre that we all love so much.

More than £52 million, 70% of the total awarded in this round, will be going to organisations outside of London.

The award-winning Black Country Living Museum, which has provided a backdrop to popular series like Peaky Blinders and feature films like Stan & Ollie, will be able to reopen thanks to a grant of £2,559,805 so they can continue to employ uniquely skilled staff in the West Midlands. Funding will also go to the Ironbridge Gorge Museum, one of the UK’s UNESCO World Heritage Sites, which has huge local significance and supports the region’s tourism industry.

These grants will help support the pipeline of innovative productions and work in theatres across the country. Manchester’s Royal Exchange, where actors like Andrew Garfield performed at the start of their careers, will be able to reopen when it is safe to do so thanks to a grant of £2,854,444. The Sheffield Theatre Trust, which includes the renowned Crucible Theatre, will receive £2,246,000 to reopen for a new season including a pop-up panto for Christmas if it is safe to do so. £1,380,023 will allow the Birmingham Repertory Theatre, a major cultural venue in the city, to deliver Covid-secure events and create jobs for artists and freelancers as well as transitioning to a more sustainable business model.

Adrian Lester, Actor, Director, Writer and Trustee of the Board of The Birmingham Repertory Theatre, said:

The REP was one of the main reasons I applied to drama school. It was the first theatre I visited as a child and the first theatre I ever performed in. Without it, my life may have taken a completely different course. The impact The REP has goes far beyond the economic contribution it makes to my home city – it is an essential and vital pathway for aspiring talent and for creating truly world class productions – and for welcoming back that talent when it has flowered. This wonderful news ensures that this historic, pioneering theatre – now under the exciting new leadership of Artistic Director Sean Foley and Executive Director Rachael Thomas – will be there to inspire and entertain again when it is possible to return to full production.

World renowned performance groups showcasing the best of British talent will also be supported. The English National Ballet will receive £3 million to restart performances, retain its elite talent and explore live and digital opportunities to bring world class ballet to the widest possible audience. Rambert has been awarded £1,283,835 to enable dancers to rehearse safely and develop a new digital platform so that audiences and artists can still engage with one of the world’s leading independent dance companies. London’s dedicated dance stages at Sadler’s Wells will also be able to partially reopen for socially distanced performances thanks to a grant of £2,975,000 which will also support its acclaimed digital programme.

This funding will also support the events industry that makes live performances possible, for example Lights Control Rigging which has worked with some of the UK’s biggest artists including Ed Sheeran and Rita Ora will be receiving £1,076,179.

The recipients were informed of the outcome of their application by Arts Council England, who are delivering £500 million in grants as part of the Culture Recovery Fund on behalf of the Department for Digital, Culture, Media and Sport. A second round of grants over £1 million and the recipients of the £270 million loans package will be announced in the coming weeks.

The Culture Recovery Fund has already helped hundreds of organisations, of all types and sizes, in villages, towns and cities across the country. It has provided a lifeline that will allow these organisations to continue to play an integral role in their communities and produce new artistic work that will entertain and inspire us all. This latest funding, which are the largest grants to date, will support some of the country’s most loved and admired cultural spaces – from great regional theatres and museums to historic venues in the capital – which are critical to the development of a new generation of talent and in providing work for freelance creatives.”

Organisations that will be receiving funding include:

Royal Exchange, Manchester – £2,854,444 will support the theatre with its plans for reopening.

Design Museum, London- £2,968,634 will support the Museum during challenging trading conditions and enable it to host a number of diverse exhibitions.

Sheffield Theatre Trust, Sheffield – £2,246,000 will be used to help the theatre partially reopen creating a pop up season and digital content.

Newcastle Theatre Royal, Newcastle – £3,000,000 will help the theatre continue to deliver its actor training programme and to adapt to the challenges covid-19 has created.

Black Country Living Museum, Dudley – £2,559,805 will allow them to remain open at 50% reduced capacity and ensure it is Covid-safe.

Rambert, Lambeth, London – £1,283,835 will support Rambert to retain its elite talent and to develop its Rambert Home Studio digital platform, enabling it to continue to engage with audiences and artists.

Birmingham Repertory Theatre, Birmingham – £1,380,023 will allow Birmingham’s only producing theatre building to deliver Covid-secure events and create jobs for artists and freelancers as well as transitioning to a more sustainable business model.

Norwich Theatre, Norwich – £3,000,000, will help the theatre host a temporary programme of artistic, participatory and commercial activities, whilst also sustaining the core business during this challenging period.

Old Vic Theatre Trust, Lambeth, London – £3,000,000 will prevent The Old Vic from being mothballed, allowing it to continue to make work – including hiring freelancers – record three new commissions, developing successful online and safe in-person activities to reach new participants, as well as develop its business model so it can respond to the evolving landscape.

Sadler’s Wells, Islington, London – £2,975,000 will enable Sadler’s Wells to be able to partially reopen, with plans to present up to seven shows, as well as continuing its acclaimed digital programme to bring dance to audiences who cannot come to its venues.

Theatre Royal Plymouth, Devon – £1,896,000 will support the reopening of a high-quality programme of professionally produced and presented shows and a season of new developmental work by emerging artists and companies mainly from the South West region. This will provide income to freelance performers, artists and companies. It will also enable them to resume their wide-ranging Community Engagement programme.