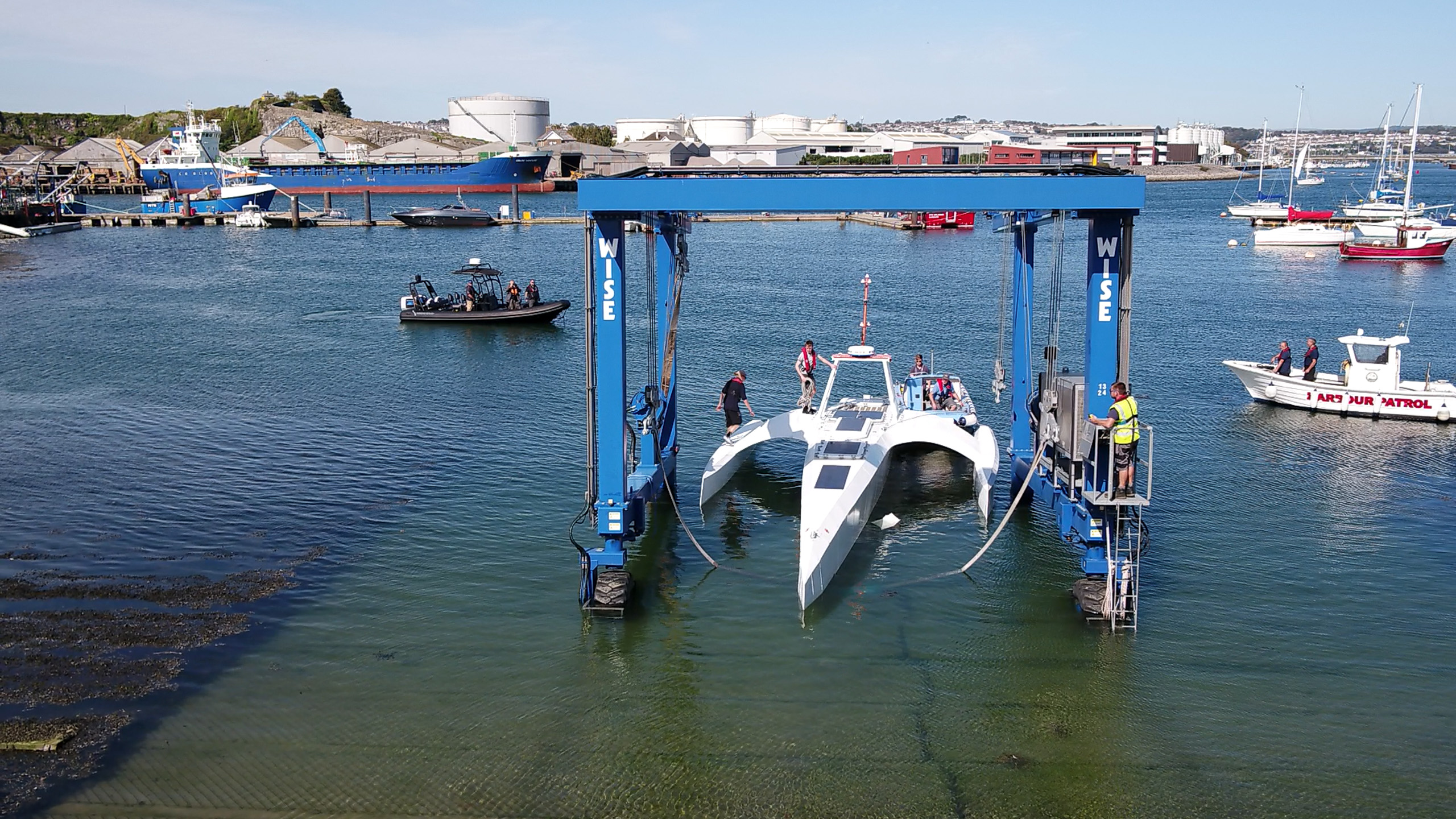 Following two years of design, construction and training of its AI models, the new fully-autonomous trimaran was today lifted into the waters off the coast of Plymouth, England ahead of its official launch tomorrow.

Designed to provide a safe, flexible and cost-effective way of gathering data about the ocean, the new-generation Mayflower promises to transform oceanography by working in tandem with scientists and other autonomous vessels to help understand critical issues such as global warming, micro-plastic pollution and marine mammal conservation. ProMare is co-ordinating the scientific studies working with IBM Research and a number of leading scientific organizations.

“Able to scan the horizon for possible hazards, make informed decisions and change its course based on a fusion of live data, the Mayflower Autonomous Ship has more in common with a modern bank than its 17th century namesake. With its ability to keep running in the face of the most challenging conditions, this small ship is a microcosm for every aspiring 21st century business.”