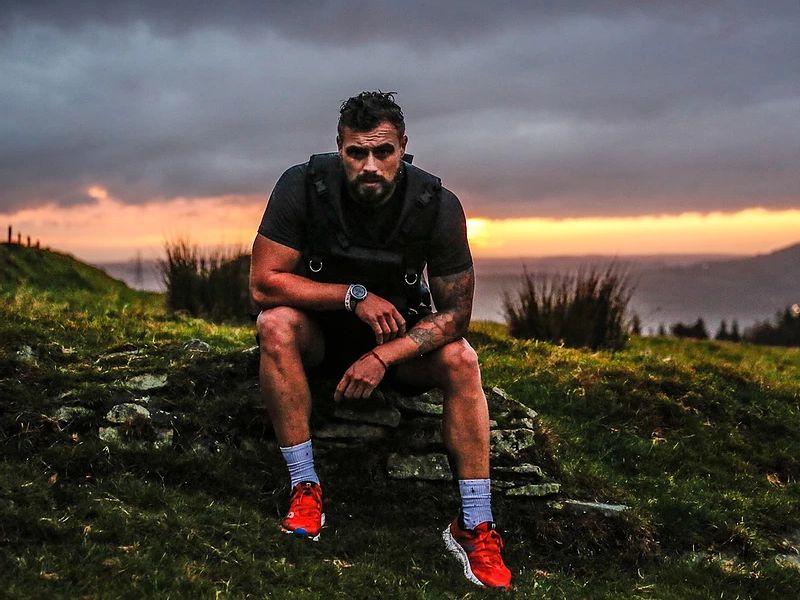 From University of Portsmouth/

The University of Portsmouth is teaming up with a ‘superhuman’ athlete who has cystic fibrosis (CF) to help others with the disease.

Josh Llewellyn-Jones OBE was born with CF and given a 10 per cent chance of surviving his first night. Growing up, he was also told he would not live past 30. He is now a world record-breaking endurance athlete.

The 33-year-old founded the charity CF Warriors, which aims to raise awareness of the benefits of sport and exercise to the health and survival of people with CF. He was awarded an OBE for services to CF awareness in 2019 and won best sporting fundraiser at the Pride of Sport awards the same year.

The charity is now funding a three-year fully funded PhD opportunity, supervised by Dr Zoe Saynor, a world-leading expert in exercise and CF from the University’s School of Sport, Health and Exercise Science.

She said: “I have been working closely with Josh and the charity for a few years, providing exercise-physiology advice and support on his many incredible exercise-related challenges.

Through this partnership, we have planned an exciting programme of scientific research that has been directly informed by people with CF and their families.

“A key focus, however, will also be on working closely with the charity to disseminate research findings to people with cystic fibrosis and their families across the globe. We want to help the CF community by promoting the benefits of physical activity, exercise and good nutrition. As we move into a new era of transformative CF medications, these things have never been so important.

“This exciting opportunity will also enable us to mentor early-career researchers through a programme of both research and knowledge exchange with people with CF and their families.”

Cystic fibrosis is a life-shortening genetic condition. Symptoms are a build-up of thick sticky mucus in the lungs and digestive system, which causes people with the condition to have chronic lung infections and problems digesting food.

Dr Saynor said: “Josh is such an inspiration – he has defied all the odds to complete numerous extreme fitness challenges and has raised an extraordinary amount of money. He’s a real advocate for fitness helping improve people’s lives, including but not limited to those with CF. Josh is a key role model in the world of CF and exercise, and we hope that our partnership with him means we can build on our impactful research to greatly help people with the condition.”

The three-year study will involve close engagement with the CF community, including educational sessions for patients and their families. It will also involve clinical trials and close working with the respiratory and paediatric departments at the University Hospital Southampton NHS Foundation Trust.

Dr Saynor hopes it will be an ongoing partnership, which will allow for talented young researchers to improve the lives of the 70,000 people who live with the disease.

Mr Llewellyn-Jones said: “I’ve been a huge advocate for sport and exercise my whole life. Having pushed my body to places few thought was possible, it’s shown CF families worldwide, what’s truly possible. Formally teaming up with Dr Zoe Saynor and the University of Portsmouth is such an exciting step for me and the CF Warriors charity.

“We’ve spent a lot of time and effort raising awareness for the importance of exercise within cystic fibrosis and we’re now able to improve and share our knowledge even further. The importance of education in this field has never been more important. As a charity, we want to support children and families from all over the globe to live healthier, happier and longer lives.

“As someone with CF, I want to see children with the condition grow up and push boundaries further than ever before and with the help of the University, I’m sure we will.”

For further details on the PhD studentship, please click this link.