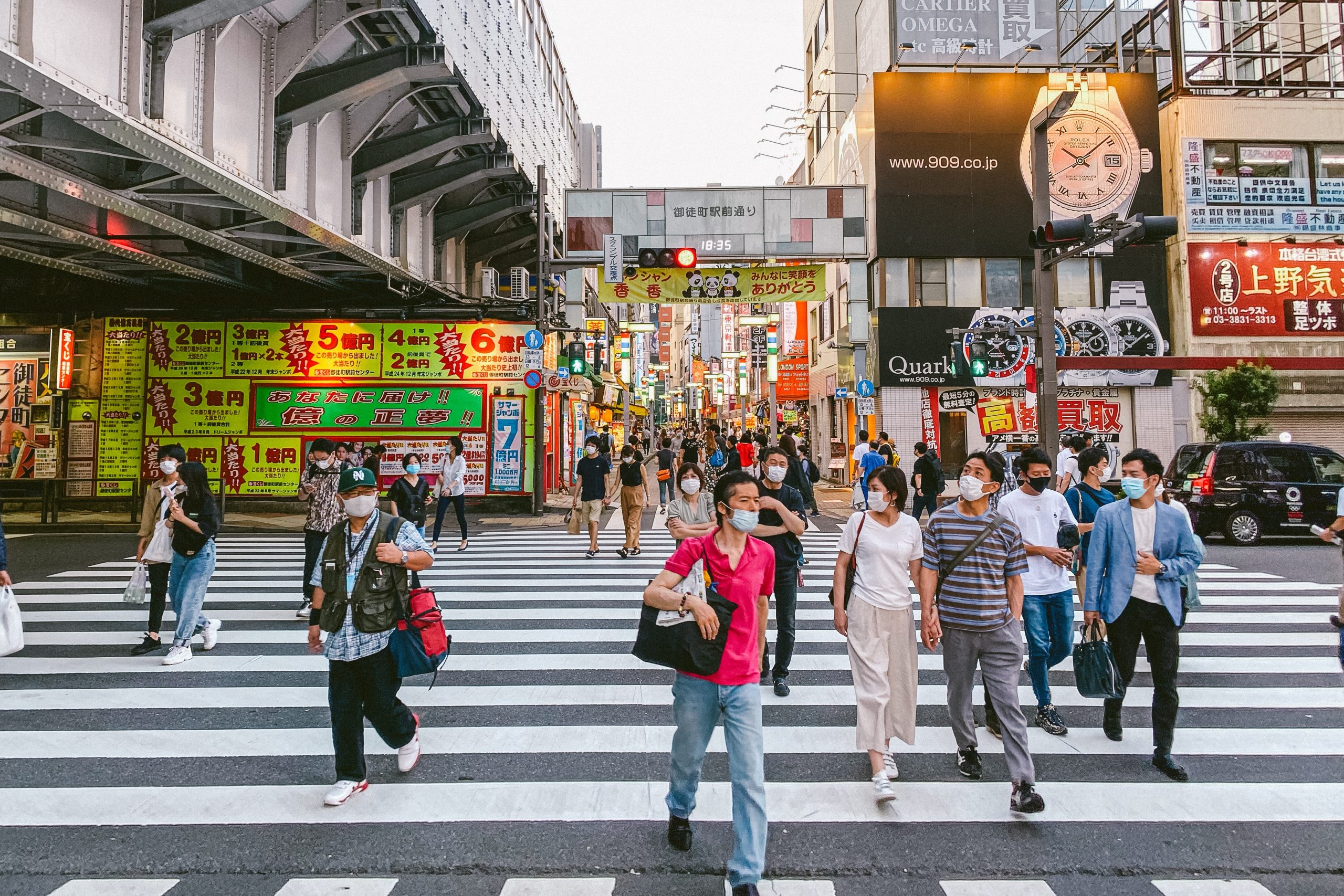 From AP/ By MARI YAMAGUCHI and KANTARO KOMIYA

TOKYO (AP) — As she struggled to breathe, Shizue Akita had to wait more than six hours while paramedics searched for a hospital in Osaka that would treat her worsening COVID-19.

When she finally got to one that wasn’t overwhelmed with other patients, doctors diagnosed severe pneumonia and organ failure and sedated her. Akita, 87, was dead two weeks later.

“Osaka’s medical systems have collapsed,” said her son, Kazuyuki Akita. He has watched from his home north of Tokyo as three other family members in Osaka have dealt with the virus, and with inadequate health care. “It’s like hell.”

Hospitals in Osaka, Japan’s third-biggest city and only 2 1/2 hours by bullet train from Summer Olympics host Tokyo, are overflowing with coronavirus patients. About 35,000 people nationwide — twice the number of those in hospitals — must stay at home with the disease, often becoming seriously ill and sometimes dying before they can get medical care.

As cases surge in Osaka, medical workers say that every corner of the system has been slowed, stretched and burdened. And it’s happening in other parts of the country, too.

The frustration and fear are clear in interviews by The Associated Press with besieged medical workers and the families of patients in Osaka. It’s in striking contrast with the tone in the capital Tokyo, where Olympic organizers and government officials insist the July Games will be safe and orderly even as a state of emergency spreads to more parts of the country and a growing number of citizens call for a cancellation.

Some see Osaka as a warning for what could happen to the rest of Japan if the crisis worsens at a time when officials — and the world — are focused on the Olympics.

Osaka’s struggles are a “man-made disaster,” Akita told AP in a written message, caused in part by officials lifting an earlier state of emergency despite signs of a rebound in infections. He thinks his mother might have lived if she’d been treated sooner.

Many here are stunned by what’s happening. Japan, after all, is the world’s third-biggest economy and has, until now, managed the pandemic better than many other advanced nations. But the current surge has sent the daily tallies of the sick and dying to new highs.

The turmoil is most evident in Osaka.

Paramedics, clad in protective gear, cannot perform mouth-to-mouth resuscitation and must take extreme precautions to avoid exposure to aerosols, officials and health workers say. Disinfecting an ambulance takes an hour after it has carried a COVID-19 patient, keeping paramedics from rushing to the next call.

Emergency patients get only the treatment that happens to be available, not what’s most likely to increase their chance of survival, medical experts say.

A patient suffering from heart failure, for example, was rejected by an advanced emergency hospital, and a child in critical condition could not find a pediatric hospital because they were all full, according to an Osaka paramedic who would only give his first name, Satoshi, because he is not authorized to talk to the media. The child later died, he said.

“Our job is to bring people who are dying and deteriorating to the hospital,” he said. “In the current situation, we are not even able to do our job.”

As emergency measures drag on amid surging cases, Prime Minister Yoshihide Suga has seen support for his government slide. While he insists Japan will safely hold the Olympics, polls show 60% to 80% are against pushing ahead with the Games.

There is no indication so far the Olympics will be canceled. The International Olympic Committee, which was wrapping up its final planning sessions on Friday with Tokyo Olympic organizers, has repeatedly said they are going ahead.

But the IOC’s most senior member Richard Pound, in an interview with Japan’s JiJi Press, said that the final deadline to call it off was “before the end of June.” Pound repeated — as the IOC has said — that if the Olympics can’t happen this summer they will be canceled, not postponed again.

Japanese medical groups say they cannot accommodate the possible health needs of the Olympics as pressure for coronavirus treatment rises and medical workers and government officials try to speed up a slow-moving vaccination rollout. Less than 2% of the total population has been fully vaccinated.

As the vaccination pace gradually picks up, the government plans to open two large inoculation centers Monday using Moderna shots, one of two new vaccines expected to be approved Friday.

This week Osaka passed Tokyo, the nation’s biggest city, with the most total virus deaths, at 2,036. Of about 15,000 patients in Osaka, only about 12% landed at hospitals, while the rest had to wait at home or in hotels. The number of COVID-19 deaths that happened outside of hospitals in April tripled from March to 96, including 39 in Osaka and 10 in Tokyo, police statistics show.

Japan’s daily cases and deaths are small by global standards, and the country has one of the world’s largest per-capita numbers of hospital beds.

So why the struggles?

It is partly because unprofitable COVID-19 treatment is largely limited to public-run hospitals, which account for only about one-fifth of Japan’s 8,000 hospitals. Private hospitals, many of them small, are hesitant or unprepared to deal with coronavirus cases.

The government has also significantly reduced local health centers, which are key to infectious disease prevention, from about 850 in the 1990s to 469 in 2020, causing bottlenecks because of staff shortages and overwork.

Less than 5% of about 1.5 million hospital beds in Japan are set aside for COVID-19 treatment, an increase from less than 1,000 in April of last year, according to Health Ministry data, but still not enough.

More than half of about 55 coronavirus deaths at the Osaka City Juso Hospital are from the latest surge, said Dr. Yukio Nishiguchi, head of the hospital. “It’s like being hit by a disaster,” he said.

Osaka Gov. Hirofumi Yoshimura, criticized for being too slow, said he regretted not being able to predict the faster-than-expected surge of serious cases.

While acknowledging that Osaka’s medical systems are severely strained, Yoshimura said that patients are being properly sorted by health centers and that those still at home are staying there “by consent.”

Because hospital beds for serious cases have filled up, patients with milder symptoms, but still in need of hospitalization, have to stay home or at hotels. And people who need other, non-coronavirus treatment are also suffering.

Naoki Hodo, a funeral director in southern Osaka, said that in April an emergency operator refused to send an ambulance for his 85-year-old aunt, telling the family to call back when they found a hospital themselves. His aunt had a badly swollen eye and hadn’t eaten for two days.

It took the family six hours of frantic calls to hospitals on a list given by the operator before they found one. The aunt is still hospitalized, and her doctor says she may never see again on one of her eyes.

Nishiguchi, who specializes in colorectal cancer surgery, said the pandemic has caused him to scale down or postpone operations for his cancer patients.

“Our priority is to save the lives under threat right now, and I hope people understand,” he said.

Hodo, the mortician, wears full protective gear when he goes to collect COVID-19 victims’ bodies at hospitals. The dead are placed in double waterproof body bags and then in coffins when they leave the hospital, so families cannot see their faces.

“They can’t even have a proper farewell with their loved ones,” Hodo said. “It’s heartbreaking.”